profil no. 6 from 07-02-2000, without words, magazine, all texts, advertisements and non-photographic illustrations have been removed from issue No. 6 from 07-02-2000 of the Austrian weekly news magazine profil and the magazine was reproduced almost simultaneously in the same layout, 2000 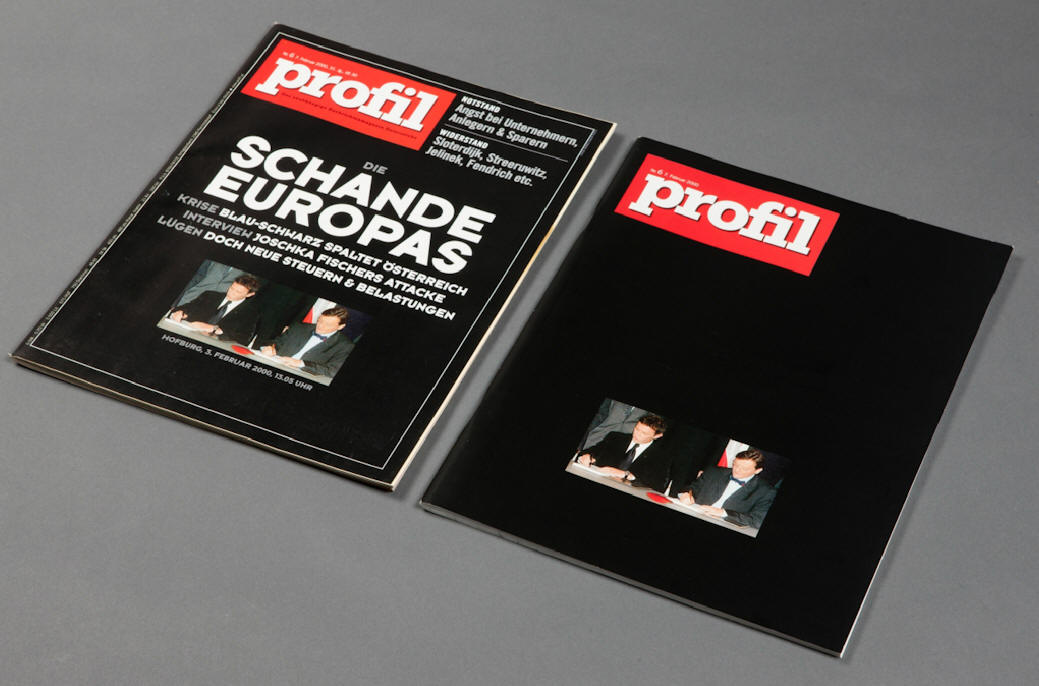 The project "profil without words", which had been under preparation for a long time and which was originally planned for the end of February, was brought forward due to the political situation in Austria. It goes back to a representational model conceived by the German concept artist Hans-Peter Feldmann in the early 70's.